NOTICE: THIS OPINION IS UNCORRECTED AND WILL NOT BE PUBLISHED IN THE PRINTED OFFICIAL REPORTS.

OPINION
Linda S. Jamieson, J.
Petitioner is a former tenured New York City school teacher who was dismissed from his position at the Performance Conservatory High School in the Bronx (the "School") pursuant to an Opinion and Award of an arbitrator, Patricia A. Cullen (the "Arbitrator"), dated February 17, 2011 (the "Decision"). The Decision found that there were grounds to sustain 17 of the "Specifications" (the allegations made against petitioner), and dismissed the remaining five Specifications. (One other Specification was withdrawn during the proceedings.)

Petitioner does not contest the Decision — which the Court finds to be even-handed, thoughtful, and carefully reasoned and written. Instead, the sole basis for the petition is that petitioner claims that he was deprived of due process, and the Arbitrator "exceeded her statutory powers by denying Petitioner's motion to dismiss and conducting a hearing without the requisite jurisdictional finding of probable cause over Petitioner's [**2] continuing objection." Amended Petition at ¶ 12.

The whole crux of petitioner's claim is that the "probable cause" finding required by NY State Education Law §3020-a was improper, because it was made by the principal of the School, which is not allowed.State Education Law § 3020-a, "generally known as the Tenure Law, affords procedural protections to tenured teachers, in that a tenured teacher cannot be discharged from employment without proper cause, notice, and a hearing. The purpose of the statute is to protect teachers from the arbitrary imposition of formal discipline or removal." Morrell v.
New York City Dept. of Educ., 30 Misc 3d 1212(A), 924 N.Y.S.2d 310, 2010 WL 5600939 (Sup. Ct. NY Co. Dec. 3, 2010) (citation and quotations omitted).

Specifically, "The petitioner, as a tenured teacher, was entitled to the procedural protections set forth in Education Law § 3020—a. That statute provides, inter alia, that prior to any disciplinary action being taken against a teacher, all charges must be submitted in writing and filed with the clerk or secretary of the school district (see Education Law § 3020—a[1]).

Thereafter, the employing board of education, in executive session, must vote  [**3] as to whether there is probable cause for the charges (see Education Law § 3020—a[2]). If the board of education's determination is affirmative, a written statement specifying the charges in detail and outlining the employee's rights, including his right to a hearing, shall be immediately forwarded to that employee." Pollock v. Kiryas Joel Union Free School Dist., 52 AD3d 722, 860 N.Y.S.2d 605 (2d Dept. 2008).

As the Court in Morrell went on to state (quoting Lackow v. Department of Educ. of City of NY, 51 AD3d 563, 859 N.Y.S.2d 52 (1st Dept. 2008)),Education Law section 3020—a(5) provides that judicial review of a hearing officer's findings must be conducted pursuant to CPLR [*2] 7511. Under such review, an award may only be vacated on a showing of misconduct, bias, excess of power or procedural defects. Nevertheless, where the parties have submitted to compulsory arbitration, judicial scrutiny is stricter than for a determination rendered where the parties have submitted to voluntary arbitration. The determination must be in accord with due process and supported by adequate evidence, and must also be rational and satisfy the arbitrary and capricious standards of CPLR article 78.

Petitioner claims that the probable cause finding was improper because it was made by the principal of the School, and not the "the employing board of education, in executive session." He argues that the then-New York City Schools Chancellor Joel I. Klein had no authority to issue the August 16, 2007 Delegation (the "Delegation") of power to the principals of high schools in District 75 and 79 (which encompasses the School). The Delegation states, in relevant part, that the Chancellor delegates to "each high school, District 75 and 79 principal the power to" "Initiate and resolve disciplinary charges against teaching and supervisory staff members in your school. . . ."

There is no dispute that this proceeding involves disciplinary charges against a "teaching staff member" in the School. The Court finds that the Chancellor did have the authority to issue the Delegation, pursuant to Education Law §§ 2590-h(38-a) and (19). "Section 2590-h(19) of the Education Law provides that the Chancellor may  [**5] "[d]elegate any of his or her powers and duties to such subordinate officers or employees as he or she deems appropriate and to modify or rescind any power and duty so delegated." Rivers v. Board of Educ. of City School Dist. of City of New York, 66 AD3d 410, 886 N.Y.S.2d 159 (1st Dept. 2009). Petitioner argues that this means that only certain powers can be
delegated, those powers that originated with the Chancellor. See Amended Petition at ¶ 33.

Under this reasoning, powers which originated with other entities, such as the employing board, cannot be delegated. The Court, however, finds that Section 2590-h(19) of the Education Law is very broad, and has no such limits in its text.

Petitioner also claims that Education Law § 2590-h(38-a) sets a limit on what the Chancellor can delegate. The Court disagrees. Education Law § 2590-h(38-a) states that the Chancellor has the power "To exercise all of the duties and responsibilities of the employing board as set forth in section three thousand twenty-a of this chapter with respect to any member of the teaching or supervisory staff of schools which are  [*3]  not covered under subdivision
thirty-eight of this section." That means that the Chancellor  [**6] him- or herself has the power of the "employing board" — the entity charged in Section 3020-a with the power to "vote as to whether there is probable cause for the charges" — and, having the power of the employing board, the Chancellor may delegate it pursuant to Section 19, as he or she sees fit.

Petitioner's argument that Section 2590-h(38) does have a limiting provision ("The
chancellor shall exercise all such duties and responsibilities for all community districts or may delegate the exercise of all such duties and responsibilities to all of the community superintendents of the city district") (emphasis added), restricting the Chancellor to delegating only to community superintendents, does not apply to this case, which undisputedly arises under Section 2590-h(38-a). See Amended Petition at ¶ 34. Indeed, the fact that Section 38 does have such a limit, whereas Section 38-a does not, underscores the power of the Chancellor to delegate.

Therefore, Education Law §§ 2590-h(38-a) and (19) allow the Chancellor to delegate his or her powers with respect to Section 3020-a. And in 2007 Chancellor Klein did just that, by issuing to the principal of the School the Delegation, pursuant to which  [**7] the principal found probable cause to proceed against petitioner. To the extent that petitioner claims that
it is not fair to have the complaining principal be the same person who found probable cause against him, the Court notes that the Decision amply documented multiple complaints about petitioner, most of which were not initiated by the principal. Accordingly, the petition is dismissed.
The foregoing constitutes the decision and order of the Court.
Dated: July    , 2011
New City, New York
HON. LINDA S. JAMIESON
Justice of the Supreme Court

Posted by Betsy Combier at 1:21 PM No comments: 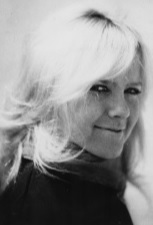 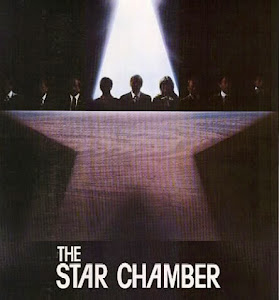 "Rubber Room" is not a place but a process wherein false claims harm people and destroy their lives.
The Star Chamber is the NYC Department of Education Chief officers and the Department Attorneys who create and manipulate facts to remove tenured and probationary employees from their employment.
JOIN the Rubber Room Community

The Difference Between Court and Arbitration

in a dispute scenario is most often settled based on legal principles and is imposed by the judge when he renders his decision. In arbitration - a neutral 3rd party hears both sides to the situation and suggests possible alternatives which may, or may not, be acceptable to both sides. In the end - a successful arbitration will end in both sides coming to an agreement on basic principles and settling the dispute without the necessity of a court imposed decision which may not really be acceptable to either of them.

Despite many attempts to undercut it, section 3020-a of the State Education Law provides for due process before a tenured teacher can be disciplined or terminated, including for charges such as incompetence, corporal punishment, insubordination or sexual or financial misconduct.

If the DOE serves you with disciplinary charges under section 3020-a, you should immediately go to your UFT Borough Office. You will be assisted in filing the necessary forms and arrange, if you choose, for you to be assigned legal counsel from NYSUT. A hearing officer (neutral arbitrator) jointly agreed upon by the UFT and DOE will conduct a hearing, and if you are found guilty of any of the charges, discipline may be imposed. The discipline can range from a written reprimand to a monetary fine, suspension without pay to the loss of your job. If you are terminated, you will lose your New York City teaching license(s). However, your permanent state certification cannot be revoked without another hearing.

In some cases, teachers who are awaiting disciplinary charges are removed from their schools. As of September 2010, due to the efforts of the UFT, Teacher Reassignment Centers will no longer exist. However, teachers can be reassigned to a DOE administrative office, given an administrative assignment within their school or in rare cases (i.e. sexual or financial misconduct) suspended with pay until the investigation is completed or the 3020-a hearing is finished. Unless there are unusual circumstances, allegations being investigated by principals will not result in a teacher being removed from their school. For those allegations not being investigated by principals, the Office of Special Investigations (OSI) will conduct the investigation. OSI must make every effort to complete investigations within 60 days. If a teacher is being investigated by the Office of the Special Commissioner of Investigations (SCI), the DOE is required to notify the teacher.

Further, teachers must be formally charged under section 3020-a within 60 days from being reassigned for misconduct if the investigation is being conducted by OSI. If you are being investigated by SCI for either financial or sexual misconduct, you must be formally charged within 10 days of the report being issued. If teachers are returned to their school, the DOE may still bring disciplinary charges. If teachers have not been charged within the requisite time frame and have not been returned to their school, they should speak to their chapter leader and district representative who can help them file a grievance.

You are paid while you are reassigned except if you were found guilty or pled guilty to any felony. The DOE can request a special hearing before an impartial arbitrator to determine whether there is sufficient evidence (probable cause) that you engaged in serious misconduct to warrant a suspension without pay for up to two or three months.

About The NYC Rubber Rooms 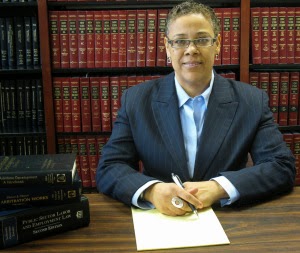